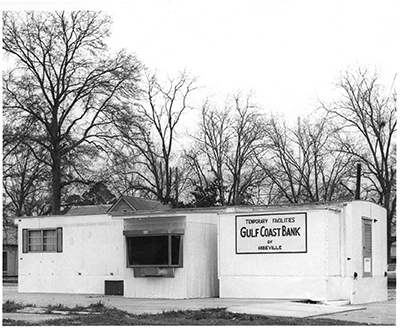 Fifty years ago, Gulf Coast Bank opened its doors for the first time in Abbeville, LA, where the Main Office still stands today.

When the Bank’s doors first opened in 1971, banking was very different. There were no computers, and all processes were manual.

The original building was a small trailer and the bank had only four employees: Lorraine LeBlanc, Richard Dubois, Ruby Bertrand, and the founder of Gulf Coast Bank, Charles A. Patout. 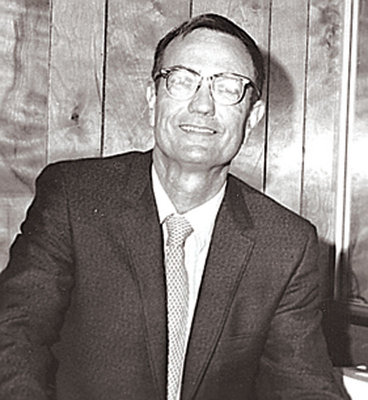 Charles Patout recognized the underserved market in Vermilion Parish and made it his mission to open a new bank.

“Our father had so much passion for the Bank and all the communities we get to serve. He understood we had to earn customers’ business. They have to choose us,” Paul and Pat said of Charles A. Patout. 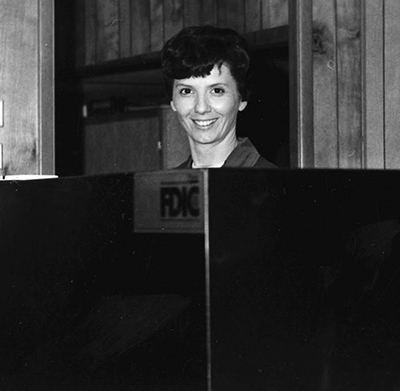 Charles and the growing staff at Gulf Coast Bank worked to solidify customer service at the core of the company and to build a quality reputation. He passed away in 1999 leaving a legacy of hard work and service behind him.

Banking has changed over the years and new technology was implemented, including the Bank’s first computer, first ATM, first online banking service, along with many other milestones. Today Gulf Coast Bank remains committed to ensuring it has the technology that customers need.

Although the Bank has grown, the culture remains the same. There is still a small-town, warm feeling at Gulf Coast Bank when you walk through the doors at any branch, and teamwork is still highly valued. Paul Patout encourages everyone on the Gulf Coast Bank team to care about their fellow team members, customers, and community.

While banking is changing faster than ever, one thing that will never change at Gulf Coast Bank is its unwavering commitment to our community. Gulf Coast Bank employees still have the same priorities today: to provide outstanding customer service and maintain active involvement in the communities they get to serve, and that passion comes directly from the enthusiasm on which the company was founded over 50 years ago.

Gulf Coast Bank is a locally owned and operated full-service financial institution with nine locations in Vermilion and Lafayette parishes. The company prides itself in giving back to the community and helping customers achieve their personal and business financial goals.